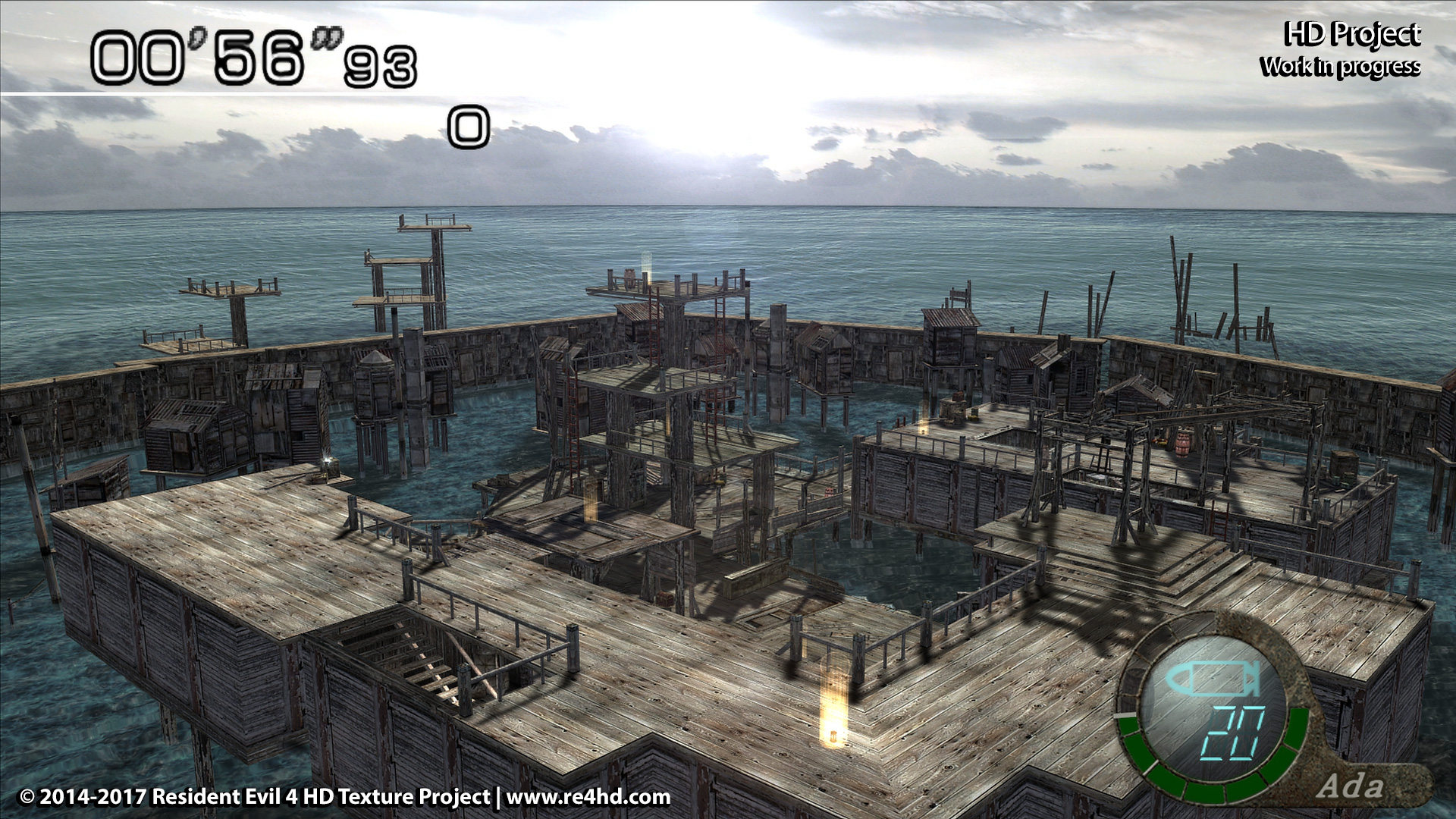 I’m back with renewed energy!

This week, as expected, I’m showing you the other two Mercenaries stages.

I’m especially proud of the results in the “Waterworld” stage. There were some weird and nonsensical shadows here and there and you could see cloud shadows moving on the roofs of the 2 biggest structures while there were no other moving shadows anywhere else in the area. Also… the sky clouds where static to begin with!!

I also added a nice flare lens effect like the one you can see in the 3rd Mercenaries stage that matches perfectly the direction in which shadows are cast. Before that you could see several “sun lights” all around the “Waterworld” XD. It was quite weird…

In the 3rd stage I edited the global light that reaches the characters. It was dynamic and the back of the player was always lit. Now it’s lit when you are in front of the sun but you look darker when you are behind it, like in the real world. (I already applied the same trick in several previous Main game rooms and I really like the natural look of the results!)

Then we have the typical texture / 3D / light / visual effects improvements everywhere as usual.

I didn’t post and 3rd stage comparison shots because it’s basically a rehashed version of room 320 but you can see both areas in the video below.

I hope you like this work in progress update!

As a side note, I’m glad to announce I’ve been able to overcome the inventory limitations we had: The game would crash every time we replaced one of those blocky 3D models with a hi-polygon version. The problem was the filesize of the ss_pzzl.dat files. If it gets bigger, the game crashes. Simple as that.

But there are a few unused bin files (items that Leon never uses) that can be removed from that ss_pzzl.dat file. Also, the bin files (3D models) contain a few data blocks that are not necessary in the inventory context. This allowed me make the resulting bin files smaller.

As a result of these two “tricks” I was able to bring back the hi-poly Gamecube inventory items to the UHD version of the game, and I was even to improve some of them. But I’ll leave the details and a few more things for future updates. I want to polish it a little further before showing you the results! 🙂